Our team of qualified and caring individuals are here to help. 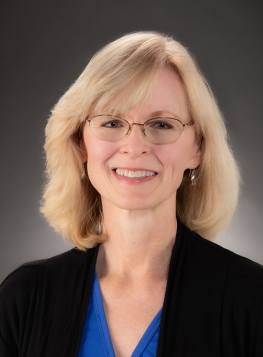 Dr. Terry Vaughan is a physician specializing in psychiatry who has over 20 years of experience treating psychiatric and addiction patients in Prescott, Arizona. She graduated with her medical degree (M.D.) from Indiana University School of Medicine in 1993. Afterwards she began her internship in internal medicine at St. Vincent's Hospital and completed her psychiatry residency in 1997 at Indiana/Purdue University.

She began her career as Medical Director of a geriatric inpatient psychiatric unit and outpatient clinic with Tenet Hospital Corporation in Crawfordsville, Indiana. Starting in 1999 Dr. Vaughan moved to West Yavapai Guidance Clinic in Prescott where she was promoted to medical director and supervised a medical staff of 16 physicians and mid-level practitioners over her tenure of 10 years at the clinic.

She started her private practice, Psychiatric Services of Prescott in the year 2010 and has been seeing private patients in her office while consulting with and treating patients in residential treatment centers over the last 10 years.

Dr. Vaughan has also served as medical director of an inpatient detoxification center and has significant experience in treating withdrawal and medication assisted management of addictions, including certification for treatment with Suboxone.

Dr. Vaughan has passed board-certification testing in general psychiatry and works with both adults and adolescents. She is a member of the American Psychiatric Association and is a fellow of the AP A. One of her greatest honors was being selected as one of the country's exemplary psychiatrists in 2009 by the national alliance for mentally ill (NAMI).

Please note that we recently moved to our new location at 143 Merritt Street Prescott, AZ 86301